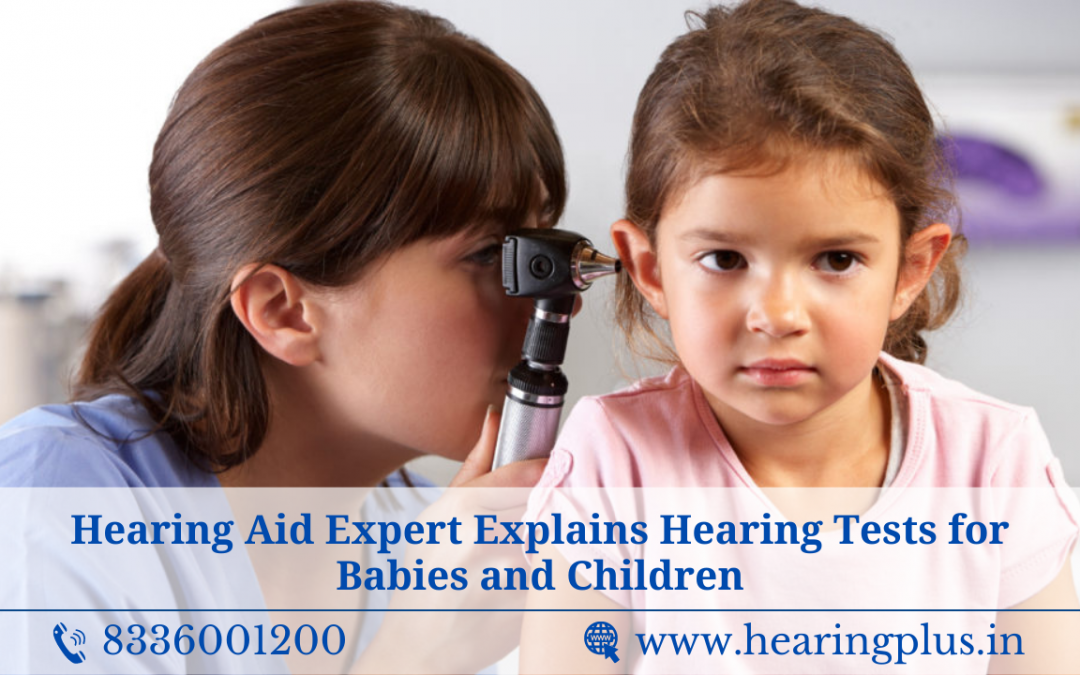 Hearing Impairment in Infants and Children

According to a specialist of hearing aid fitting in Kolkata, a child’s capacity to develop speech, language, and social skills might be hampered by hearing loss. If you suspect a kid has hearing loss, make an appointment with the child’s doctor as soon as possible. Please don’t put it off!

What are the different kinds of hearing tests?

Your child’s healthcare professional will do a full health history and exam as part of a hearing assessment. Furthermore, there are several types of hearing exams. Some of them can be used on people of various ages. Others are employed depending on your child’s age and degree of comprehension.

There are two types of neonatal hearing screening procedures. These can be used separately or in combination:

It is a test that involves inserting a small, flexible plug into the baby’s ear. The plug is used to send sounds. The otoacoustic reactions (emissions) of the normal ear in response to the noises are recorded by a microphone in the plug. An infant with hearing loss has little to no emissions. This test is painless and usually just takes a few minutes, says the expert of an ear machine clinic in Kolkata.

It is a test in which wires (electrodes) are adhered to the baby’s scalp with adhesive. While the baby sleeps, tiny earphones in the baby’s ears make clicking sounds. The test monitors the activity of the brain in reaction to noises. This test, like EOAE, is painless and only takes a few minutes.

Along with the tests indicated above, a toddler’s hearing evaluation may involve the following:

It is a test in which electrical equipment sends noises of varying volumes and pitches into your child’s ears. In the toddler age range, this exam is somewhat modified and turned into a game. Every time the sound is heard, the child is prompted to perform something with a toy (such as touch or move a toy). This exam is dependent on the child’s cooperation, which isn’t always available, says the specialist of an ear machine centre in Kolkata.

It is a test in which the child is instructed to gaze in the direction of a sound source. When the child delivers the proper response, they are rewarded with visual reinforcement. This might be a moving toy or a flashing light. The test is most commonly performed on children aged 6 months to 2 years.

Hearing tests for an older child

A hearing evaluation for a kid older than 3 to 4 years old may involve the tests mentioned above, as well as the following:

It is a test in which electrical equipment produces noises of varying volumes and pitches in your child’s ears. When the tone is heard, the child is simply requested to reply in some way.

It is a test that may be performed in most healthcare providers’ offices to determine how the middle ear is functioning. It does not indicate whether or not the child is hearing. It does, however, aid in detecting any changes in pressure in the middle ear.

For more details, contact Hearing Plus, says the specialist of hearing aid fitting in Kolkata.