The ear collects sounds from its surroundings and converts them into messages that the brain can understand. However, these messages can become jumbled at times. Other times, the sounds do not make it to the brain. This is known as an auditory neuropathy spectrum disorder (ANSD), says an expert of hearing aids in Kolkata.

Children with ANSD may:

The good news is that with the help of medical devices, therapy and visual communication techniques, children with ANSD can develop their communication skills.

Auditory neuropathy spectrum disorder occurs when the hearing (auditory) nerve is damaged somehow. This is the connection between the cochlea (which converts sounds into messages) and the brain, says a specialist of hearing machine in Kolkata.

Children born prematurely or have an ANSD family member are more likely to have it. Other than this some children can also suffer from this condition who:

• Had severe jaundice at birth;

• Had low oxygen before or after birth;

• Received certain medicines that can cause damage to the inner ear or hearing nerve; or

• Have genetic or neurologic conditions

What Are the ANSD Signs and Symptoms?

ANSD symptoms can appear at any age, but most children are born with it. The hearing loss can range from mild to severe. Some children hear sounds normally but have difficulty understanding speech clearly, says the expert of best ear machine in Kolkata.

Even if a child passes a hearing screening, hearing issues may develop later in life. Consult an audiologist if your child does not reach these hearing milestones in the first year of life:

• Recognizing a parent’s voice by 3 months.

• By 6 months, turning the head or eyes toward a new sound and repeating sounds.

• By 12 months, they are babbling, responding to their name, imitating words and saying a few words like “mama” or “bye-bye.”

As the child with ANSD grows older, the following symptoms of hearing loss may appear:

• Failing to respond to conversation-level speech or responding inappropriately

• Becoming frustrated when there is a lot of background noise

Contact Hearing Plus, a centre of hearing aids in Kolkata, if your child suffers from hearing loss. 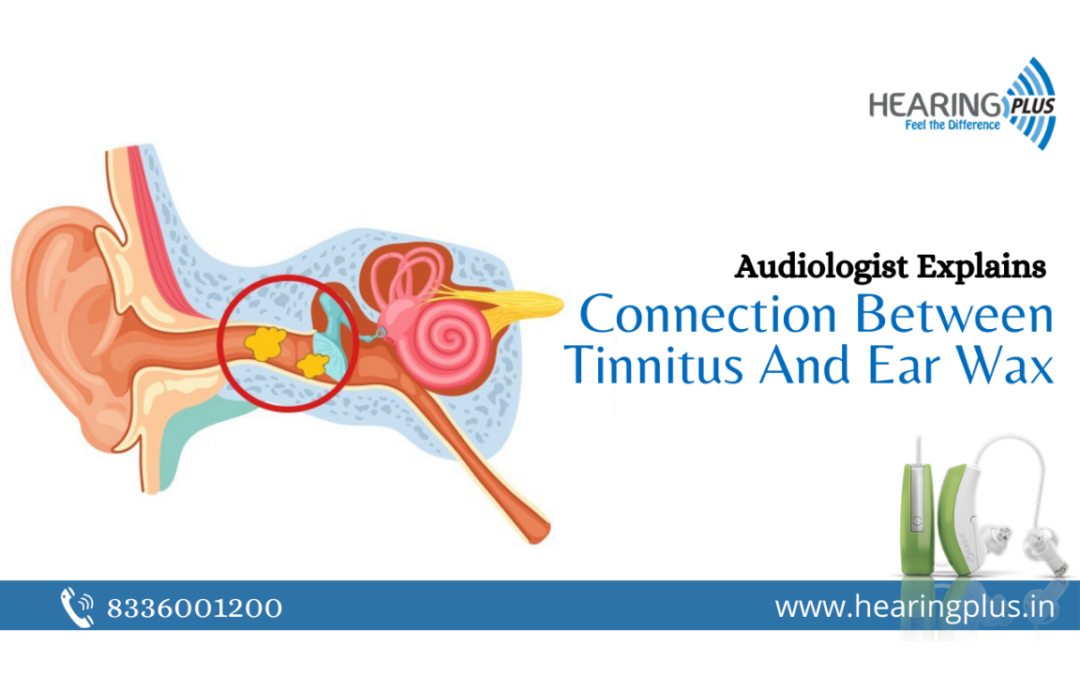 Audiologist Explains The Connection Between Tinnitus And Ear Wax

Tinnitus is a condition that causes the occurrence of ringing or other noises in one or both ears. It can be challenging for some people to determine why they experience tinnitus, as it can occur due to many reasons, such as noise-induced hearing loss, medication or medical conditions. However, if one has recently started to suffer from tinnitus, the problem may have something to do with earwax within their ear canal, says the tinnitus audiologist of Hearing Plus, a well-known hearing aid centre.

Earwax is a substance made by glands in the ear, which protects the inside of the ear by acting as a filter, catching debris. The only necessary cleaning method for the earwax is the periodic wipe of the outer ear with a damp cloth. Pushing objects like cotton swabs into the ear can result in severe damage and pain.

Earwax generally does not cause any problem; however, some may experience impaction. Impaction is the build-up of earwax in the ear and the condition is often accompanied by tinnitus. Cleaning tools like cotton swabs and earbuds can push earwax back into the ear canal, causing a blockage. People who produce dry earwax might encounter build-up more frequently.

According to the audiologist, impaction comes with several symptoms, such as:

Earwax removal techniques are not meant to be done at home and should always be performed by a professional.

There are several methods used to remove earwax impactions. These could be harmful if done irresponsibly and only an experienced practitioner should perform the treatment, says the audiologist.

The treatment involves the use of earwax softening drops to soften the earwax. Then a micro-suction method is used to treat earwax blockage. The method consists of using a microscope to magnify the inside of the ear canal. The earwax is then removed utilising a small suction device.

Will tinnitus go away after removing earwax?

If the compacted earwax has caused the tinnitus, then yes, there is a possibility that the problem will be resolved by removing the wax.

If one has earwax build-up and tinnitus occurring around the same time, then there is a higher chance of earwax causing the issue.

Will tinnitus worsen after removing earwax?

A small number of people can find a momentary increase in their tinnitus after the treatment. It happens due to increased sound travelling through the ear canal after removing the blockage. But the increased sensitivity and tinnitus should resolve by themselves relatively quickly.

If you suffer from tinnitus, contact Hearing Plus, the best ear machine centre in Kolkata.